I’ve donated 9 pies to be delivered on April Fool’s (or immediately following the successful bid).

3 PIES to KAOS 89.3 FM for their Spring Membership drive [Ending March 9 at Midnight] 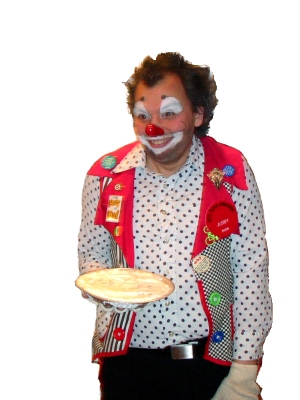 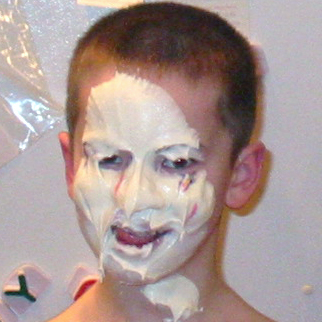 William was begging for pie

I’m looking to fill the hours of Tuesday, April First between 8 am and 10 pm with PIE IN THE FACE deliveries.

I’m taking a personal day off work, so I have to recover the cost of my time and the 9 donated pies. I have room for another 9 pies in my schedule.

Pie-ee shall have up to one minute of advance warning, herein after referred to as the Build-Up, before Pie-er delivers said pie to Pie-ee’s face. During the build-up, the Pie-er shall determine potential negative consequences and attempt to mitigate them (i.e. ‘Is that an Armani Suit? May I offer you a smock?’ and ‘Can someone hold your glasses and laptop?’).

Delivery of pie, herein after referred to as the Blow-Off, shall be by the tipping or placing method rather than the highly inaccurate and potentially hazardous method of throwing.

If the pie-ee appears, in the judgment of the pie-er, to be too hostile or afraid to graciously receive the Blow-Off, the pie-er will attempt to communicate an alternate plan in which the pie-er BECOMES the pie-ee and we all save face. (i.e. the Backfire Blow-Off)

The Grand Pie-Bah will then be responsible for the dry cleaning of the pie-er’s costume.

Each pie-ee will be photographed and/ or videotaped for promotional purposes.