By late Friday afternoon of the Redesigning Health Care intensive I found some folks to accept a few pies.

The first face was familiar, but it took me a day to place him.  He’d been Seanny Ray, the bizarre accordionist at the TCTV “Show Off” talent show. 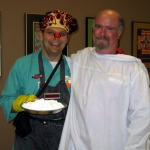 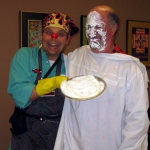 Here’s Phil Emerson getting pied.  He initially wanted to waive the smock and leave his glasses on, but later appreciated our precautions. 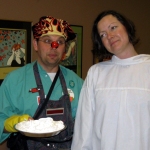 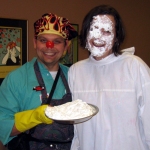 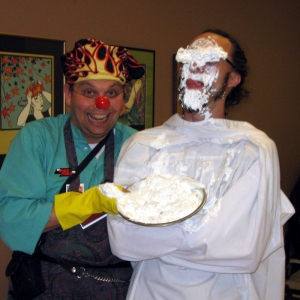 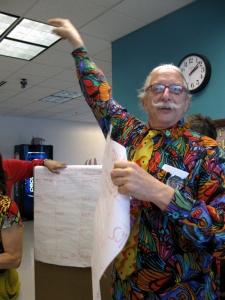 I asked Patch to accept a pie, and he said “Yes”, but he refused to sign the waiver and preferred it to be a surprise rather than standing and accepting it on the spot.