On the eighth day God said, “Send about 130 zombies after that clown!” 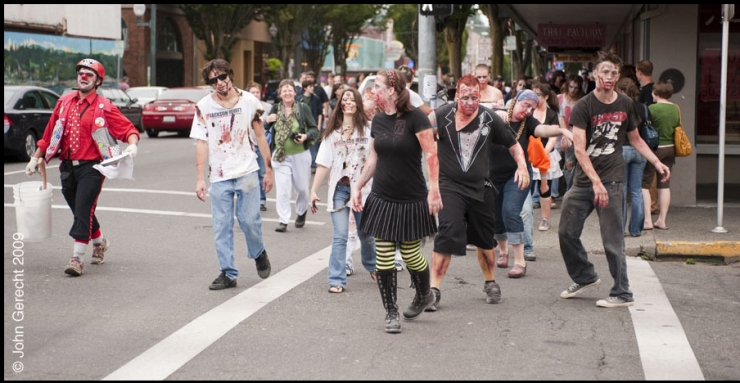 At first, the clown ran, but then he found that zombies like pie-in-the-face just like any body else.

OMG! I pied 8 zombies and a human during the Olympia Zombie Walk.  Ok, one guy was on the verge… but anyway, I’m NINE Up.

I got a lot of mileage with my initial shock at seeing the zombies gathered and awaiting their moment to rise.  Kids especially liked giving me the evil eye.  Note the hatchet in my belt. 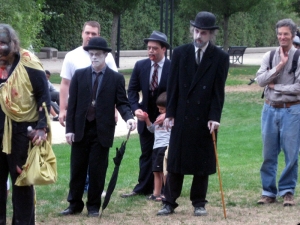 There’s Bruce Fogg on the left.  A penultimate professional, and longtime practitioner of butoh, he made sure his hands were completely made up too.  The menace was completely understated.  He would have fit in with the Bon Odori festival quite well.  The zombie coordinators realized at the last minute that they needed to change their route.  They suspected they might alienate those who put on the 23rd annual Japanese festival to honor ancestors…. by walking through the taiko drummers… with 130 undead ancestors. 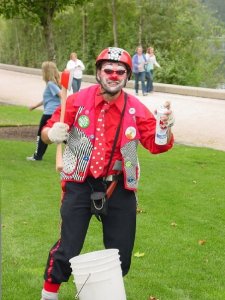 I was ready with ax and whipped cream. 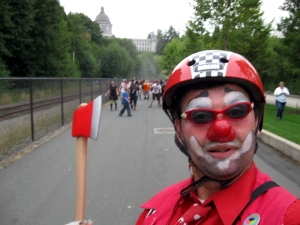 Okay, they’re not coming that fast, are they? 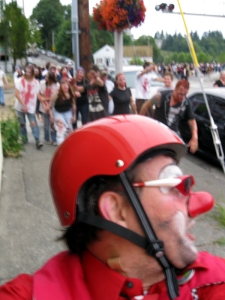 Actually, they are shambling a bit too fast!  [Note the band-aid on my neck] 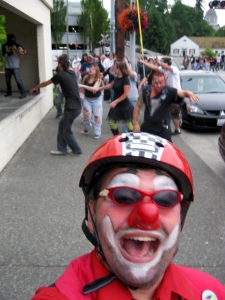 YAY!  Anti-Zombie Forces had set up an ambush in the parking garage! 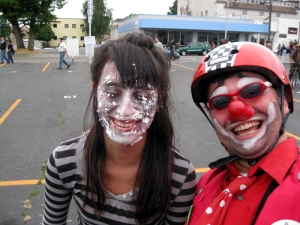 The de-zombification ingredient in the pie did the trick on this zombie.  At least temporarily. 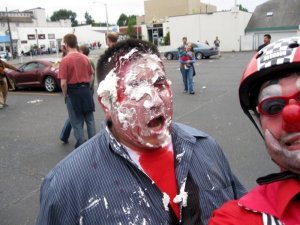 This guy was a Marine in a former life.  I know because a Navy guy was intent on hunting him down. 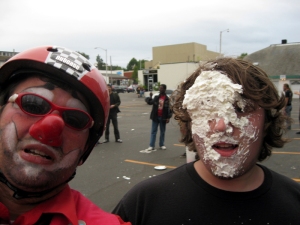 Even though this guy was a human he was keen on getting pied. 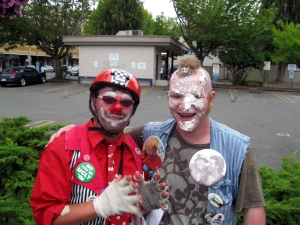 This guy claimed to still be human, but he had a big gash in the head.  In fact, I recognized him from the day we stood in line to touch the moon rock.  His aunt was a clown. 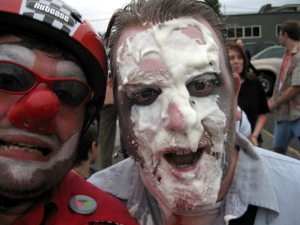 It took a bit of convincing, but Pat had previously agreed to a pie.  See the Off-Duty Birthdays post from last weekend.  This time my heart was really into it! 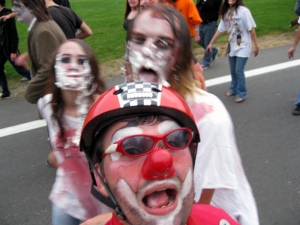 Here’s a zombie couple I pied.  Trista and Ethan started macking on each other immediately afterward, and I told them to Get a Room… in the morgue! 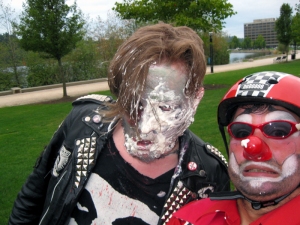 This guy did a huge fall and roll after he got pied.  Full marks for zombie-like behavior! 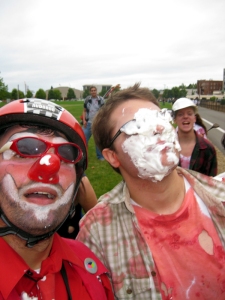 I had enough whipped cream left for one final pie.  The coordinators (Zombobby and Zomnellie both declined.)

I was sweaty and exhausted from running ahead of them for an hour that I almost went straight home, but Zomnellie said she was gathering everyone up for pictures, and I couldn’t resist another chance to tweak the scene.  I spent a couple of minutes shouting instructions to any zombie who would listen.. “Tall ones in the back, short ones in the front”  I felt like Ed Wood… or Dead Wood.  [which makes sense because I’d just watched Plan 9 from Outer Space the night before.  It has zombies in it.] 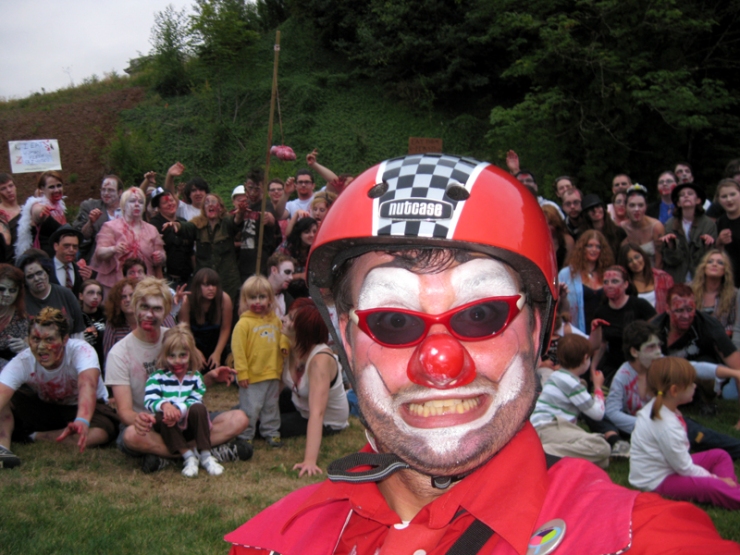 How I’m going to work a unicycle and flaming pies into this routine I have yet to discover.