I did Large, Medium and Mini pies from 7 – 9 PM.  I got downtown too late to pie June Madrona during their set at Wind Up Here, but I found plenty of customers anyway. 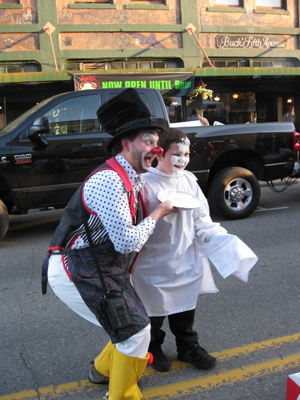 This kid saw me and recognized me from Signing Santa.  This is now his SECOND Pie-in-the-face!  This time he forked over a dollar! 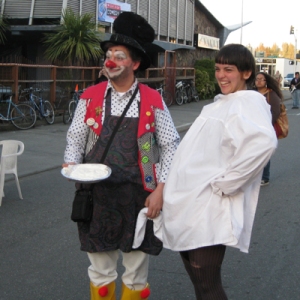 Candace came over because she’s thinking about being a clown but didn’t know where to start! 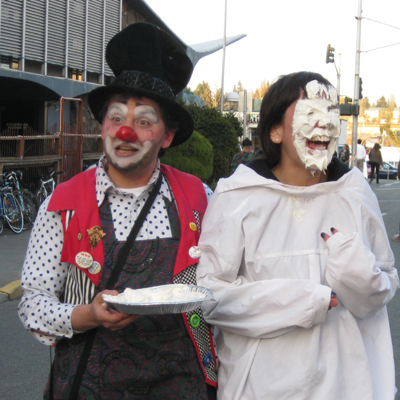 So I initiated her with a pie!  She asked if I did workshops! 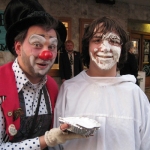 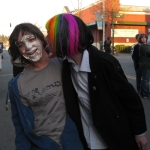 This kid’s favorite joke is “Pie in the face or banana in the pants?” 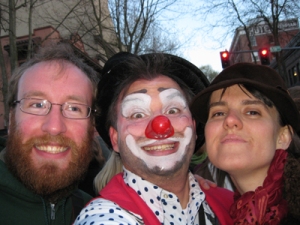 Berd, Jusby, and Heather… together at last! 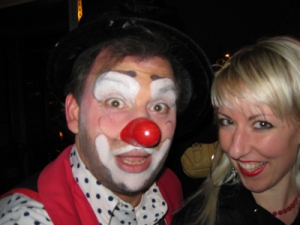 Vonda’s son signed the waiver but chickened out when it became clear what “pie-in-the-face?” actually meant for HIM!  So she graciously accepted it instead.

Lulu saw me at the King of Olympia and said, “You’re all over my facebook!”  So we finally met, and she got her pie.

I saw Ria and family early on and she declined, but then I got a call to rendez-vous in front of Radiance.  She had decided to do it and she was ready.  I barely had enough time to pie her before the Luminaries overtook us!